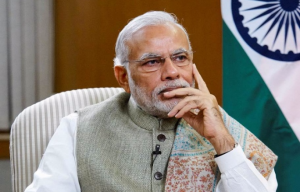 I know you’re a busy man with your cup of responsibilities overflowing non-stop.

Yet, I wish to draw your attention how a French company operating in India – Renault India specifically – is pouring cold water on your pet Swatchh Bharat Abhiyan (Clean India Campaign).

Rather it is cocking a snook at you, Sir!

The issue is very simple:
It DOES NOT permit truck drivers to use toilets built for them inside the company’s stockyard at Chittoor/Andhra Pradesh.

On the contrary, Renault India is ORDERING waiting drivers inside the yard to go outside the yard and defecate in the open space or behind bushes on the road linking Chittoor//Andhra Pradesh with Bengaluru/Karnataka.

Why am I approaching you, Sir? you wonder.
Because the French Company is exhibiting a thick shell of indifference and there is mighty inertia. It HAS NOT responded to several emails sent to them in this regard past fortnight. Nor has it changed its attitude or practice to bestow dignity on its own truck drivers.

Okay, the Collectors of Chittoor district are no better. There is NOT EVEN an acknowledgement to several mails in this regard from my end.

A telephonic conversation with Chittoor MLA and a subsequent letter to her (Smt Satyaprabha) remains in the silent zone.

The demand is simple: GIVE ACCESS TO TOILETS INSIDE RENAULT INDIA CHITTOOR YARD.

Am surprised by the stone deaf silence. Is it out of arrogance? Or something else? I fail to fathom.

Sir, I seek your INDULGENCE in this matter of importance. That’s it.

The only option left for me is a PIL in Andhra Pradesh high court. That I am holding back with the high hope that the Prime Ministerial intervention would stop this indifferent French auto giant operating in India to ‘behave properly’.

What’s asked for is a simple access to toilets. Not its hyped Duster or Kwid cars! Is it too difficult to meet this genuine and basic need of fellow Indians?

Have a good day!

2 Responses to An OPEN LETTER to PM Narendra Modi