Half past four it was December 21, 2016 when Sandeep Pawar shut the engine… END_OF_DOCUMENT_TOKEN_TO_BE_REPLACED 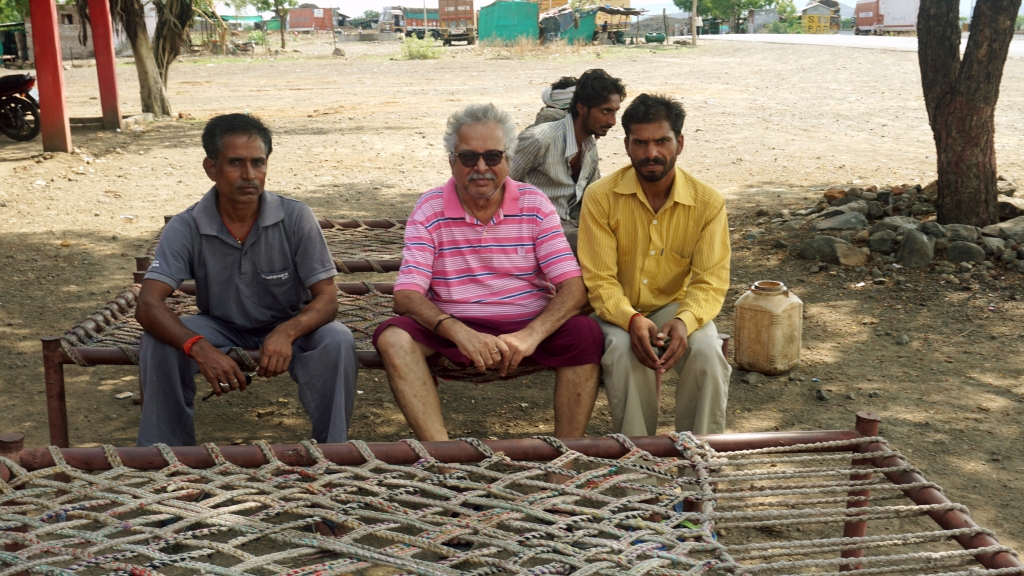 Well, that was Natalia Joseph, a Post Graduate student from Tata Institute of Social Sciences, Guwahati, who is currently researching the living standards of long haul truck drivers for her 4th Semester paper.

She was obviously referring to my earlier Quo Vadis? series under the title “Poor Truck Drivers? It’s An Oxymoron!” wherein I had detailed the wealth effect on  this much neglected, but vital cog in the wheel of any economy.

“Just read your article titled “Poor Driver”. Content of this article is totally contradictory to what we discuss in Friends Of Driver WhatsApp group. Your referral to Income Tax Free Take Home will invite a fresh problem to truck drivers, if not to truck drivers who claim depreciation. Reason for a complete U turn?”

This is how Praveenchandra Shetty from Mangalore reacted to the same piece. Of course, several friends of the recipients of Quo Vadis? series called and harangued me saying that “You’ve been bribed by motor maliks, it appears!”

First things, first. Be rest assured that none coloured my thoughts through monetary carrots or otherwise. This observation emanated from my close observation of the long haul trucking community over seven years – just not through interaction with them at highway dhabas, transport nagars, interstate borders but also thanks to visits to the bastis/villages of truck driver pockets in hinterland – mostly in the cowbelt states of Bihar, Jharkhand, Uttar Pradesh, Rajasthan, Haryana etc.  from where more than three fourth of truck drivers join the profession. So, it was not an imagination or conjecture, but based on actual experience/observation.

Now the questions of “Uber drivers making more” and “Is it good enough?” from the TISS researcher. By the way, a similar question I had to face at the Institute of Driver Training and Research (IDTR), a facility managed by Maruti Suzuki Limited at Sarai Kale Khan, New Delhi this week (19 December 2016) during a two hour long interaction with senior executives.

Uber and Ola call taxi service is an urban phenomenon, not percolated down to pan India. Go to https://www.uber.com/en-IN/cities/ and check for yourself how many Indian cities Uber services. Perhaps Ola may be present in more urban conglomerates than its overseas rival. But not in ALL cities. These call taxi aggregators run the business on zero asset model. That is drivers are expected to own their vehicles with backend services (business development and billing) handled by these aggregators. My “Poor Drivers” piece spoke NOT about owner-drivers in the long haul segment, but pure vanilla drivers where their services are “contracted” and they own no vehicles.

On an average, any Uber/Ola driver in any 24-hour cycle takes home at least Rs..1,000/ daily after all expenses met. So that works out to Rs.30,000 a month. He is happy  that he owns the vehicle and makes a cool sum. Plus, he is always in his own city and gets daily family time – a big luxury for long haul truck drivers. Long Home Away is a pain in their career. But there again, drivers make the same amount of Rs.30,000 a month.

Despite such plus factors in Uber/Ola, still truck drivers continue to stick with long haul. Why? One of the reasons is their reluctance to recalibrate their psyche to be serving in urban areas and handling white collar clientele. Let me explain. Uber/Ola drivers, today are a different lot though many have migrated to cities from remote villages to own a piece of better future via these aggregators.

Now look at long haul truckers. Uniforms? You must be joking. Absence of uniform, mandated under the Motor Vehicle Act, is one of the fertile grounds for RTOs to  challan them. Better appearance. In spite of making a cool income, their look and feel is nothing to write home about. In fact, one of my advocacy slogans among truck drivers is: Achche Dikne Mein Burra Kya Hai? (What’s Wrong in Looking Good?). As far as client handling is concerned, let us examine who are their clients? The list is long: motor malik, supervisors of the company they serve, finance clerk, handling trip advances and settlement of bills etc at the end of each trip; branch heads who are supposed to enable him service the end customer with whatever help required any time; Now shift gear to en route: the traffic police demanding their pound of flesh; RTOs, Commercial tax officials etc. There are 18 vultures on highways waiting to pounce on the less educated or underprivileged long haul truck drivers and extract illegal monetary gratification. Now, move to client site: security guards at factory or warehouse gates, who though paid poorly through their contractors in this age of outsourcing, behave as if they are God’s representatives and therefore have a right to ill-treat drivers arriving with raw material/components or finished goods. The 3PL exeuctives at the loading/unloading end.

By the large, truck drivers have to deal with them who are a mix of educated and less educated white and blue collar compared to themselves, but brute unquestionably when it comes handling truck drivers. It is no secret that truck drivers receive shabby treatment and actually, they have become immune to such behaviour. Net result: low self esteem.

Still, they would prefer to be in long haul trucking and not driving Uber/Ola in big cities because they feel they are not ready or equipped to become better citizens in every sense of the term. In fact, even Uber/Ola drivers are put through sessions of better behaviour through third party counsellors hired. Pradipto Bhattacharya, who had worked among such drivers under Karmayog, would vouchsafe this statement. It was equally tough or challenging for Uber/Ola drivers to get adjusted to behaving better with their white clientele.

Almost no fleet owner arranges sessions for his own or hired long haul truck drivers on better behaviour aspect. Nor does he admonish the team of his own supervisors who ill-treat drivers. There are several instances of fleet owners turning a blind eye to his supervisors resorting to illegal activities of beating up drivers and locking them full night in rooms for a variety of reasons.

Still, fellow Indians hailing from remote villages of this vast country dotted with several thousands even 70 years after Independence from the British rule and taking up long haul trucking as career option prefer to be long haul driving than Uber/Olas.

Natalia, don’t forget the entire income of a long haul truck driver of Rs.30,000  a month does not attract income tax! His expenses are niggardly thereby enhancing his saving potential which funnels to educate his wards very well. That’s the wealth effect I had spoken off.

Living is tough for long haul truck drivers. Senior drivers know, it is a temporary phase. A few more years. Maybe till they cross 55 years and eyesight becomes a challenge and that is when they give up. Anyhow, their children have no passion for this career. But their lives have been done with some white collar job awaiting in the not too distant future. Or the senior driver would turn into a fleet owner with hired hands, if available! Then it is a different ball game.

Now the discussion in the transport fraternity would turn to the key question: Now that we are entering the digital era, will drivers need to be paid in cash or via banks? If so, will they not come under income tax bracket if they cross the threshold limits? Most imporotantly, will drivers accept such payment mode and file returns or pay taxes? At least, Jitendra Gupta of Isolux from Ajmer has already hoisted this red flag.

Maybe Ashish Shukla, Deputy Director of ITDR based out of Dehradun, who is conducting research among truck drivers via psychology experts should explore including this key element into his survey questionnaire.

Strictly speaking, long haul truck drivers are NOT bank-illiterate. They have been regular users of ATM to receive funds from head office of their trucking companies and sending money to their families enabling them also to collect money via ATMs. Cashless economy is nothing strange to this so-called less educated or underprivileged lot.

If at all they miss out something in their lives, it is lack of empathy. Dignity of labour is something we, Indians, have not imbibed, Mahatma Gandhi or not. Sad story. The blame squarely lies with us: you and me. Not them. Will we all become better citizens? Worth debating till how long, one does not know. 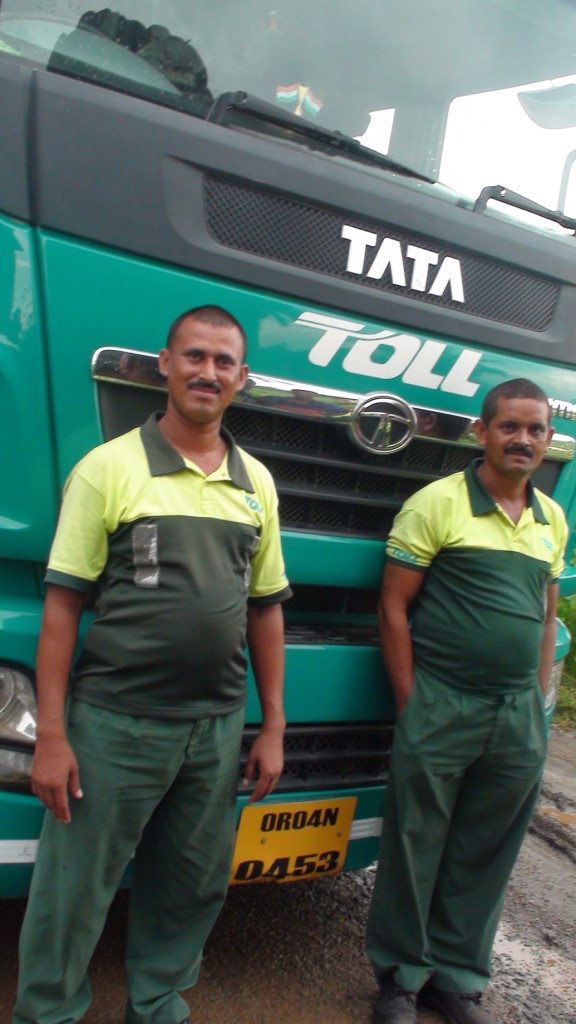 “Airconditioned cabin for trucks? Are you okay?” is the response I got from a… END_OF_DOCUMENT_TOKEN_TO_BE_REPLACED