Fastag is anything but Fast!

It is a joke to call Fastag is an enabler to speed up movement of commercial vehicles on National Highways. Fastag is anything but Fast. Am not saying this out of spite or ignorance but from my personal experience.

On 4-5 August 2016, I traveled in a truck from Gurgaon/Haryana to Mundhra Port/Gujarat on NH8, NH27, NH41 and NH8A Extension. Well that is the route. As you notice all of these are National Highways falling under jurisdiction.

Must tell you that at many places on this stretch, the separate Fastag lane is not operational. Let me explain.

Once the commercial vehicle identifies the Fastag lane , it steers towards that only to notice that the earmarked Fastag lane is blocked. The driver nonetheless moves closer to the entry of Fastag lane and begins to attract attention of the toll plaza operators by honking on the horn. It takes time for toll plaza operators to recognize the presence of a commercial vehicle, obviously with a Fastag sticker, at the entry of the dedicated lane before walking towards this 50-60 feet distance. Meanwhile, the commercial vehicle driver has to tweedle his thumbs wondering what this Fastag facility is all about. 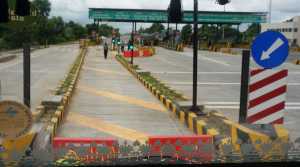 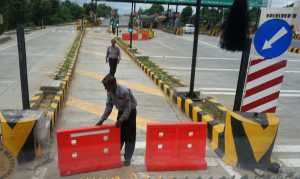 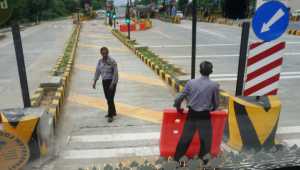 Once the blockades are removed by toll plaza operatives, the Fastag passage is so narrow, drivers have
to be doubly careful to steer through it. On reaching the toll plaza booth, there is no automatic
capturing of Fastag sticker on the commercial vehicle. Someone walks with a hand held scanner to do
this chore. At many places, toll plaza operatives walk in with a piece of paper and pen and ‘write’ down
the vehicle number for later computerized entry! So much for automation. Power failure or system
failure? If that be the case, is there no provision for external generator for power supply at toll plazas on
National Highways? Worth pondering.

So to sum up: there are two issues:
a) Is there any regulation on the width of Fastag passage from entry till exit? If so, what is it? Is it being checked by NHAI and if so, how frequently? If not, why not? This is a serious issue from two angles: primarily, it is a safety issue of commercial vehicle hitting on the side separators and causing damage. Secondly, in such instances, toll plaza managers demand their pound of flesh from drivers for such damages.
b) Why Fastag lanes are blocked and toll plaza operatives have to be requisitioned to remove blockades before moving forward? This lane must be kept OPEN permanently for Fastag vehicles to move smoothly without any human intervention.
By the way, state highways do not recognize Fastag and demand cash payment. Am sure you are aware of it and possibly NHAI focus is on national and not state highways in the initial stages. Sooner this is extended to state highways, the better because the length of state highways is several fold larger than national highways.

Kindly do the needful.

Look forward to hearing from you on this issue.