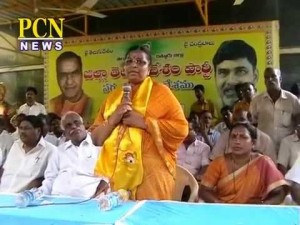 This has reference to the telephonic interaction between my Bangaluru-based Chief of Bureau (South) Sarada Vishnubhatla and your goodself early this week on the above subject.

Since the grievance discussed happening in your constituency, we believe you as MLA of Chittoor should take it up with Renault India which is committing this goof up, almost snubbing Prime Minister of India

Since you asked for a fresh mail to understand the issue on hand, here it is:

Renault India is a fully owned automobile giant operating in India. It produces passenger cars (Kwid, Duster, etc) in Tamilnadu. Then these vehicles are sent by road to Chittoor, Andhra Pradesh (your constituency) to its own stock yard situated on the Chittoor-bengaluru highway.

Why Renault produces in Tamilnadu and sends to Andhra Pradesh for final dispatch to its dealers across India is something outside the purview of this mail.

This stock yard (big one) is more than 18 months old. Car carriers, ferrying 8 or 10 cars from Tamilnadu, reaches this Chittoor stock yard as stock transfer and wait for 4-5 hours inside the yard before these vehicles are sent out to dealers across India.

Why it takes such a long time and carriers have to wait for 4-5 hours? Because fresh documents Renault has to create for these items for sale to pass through several states.

when it was inaugurated, I visited this yard and was shown around the Rest Room and Toilets (2 or 3) created for waiting truck drivers. I appreciated this gesture towards truck drivers.

On 24th June 2016, I was travelling in a carrier with Renault cars for dispatch to Delhi and as usual, the truck in which I was in entered the Chittoor yard for the routine paper work which will take up 4-5 hours always. Why was I traveling in this truck? For your information, I have travelled 21000 km in such trcuks to study highways, police and RTO brutality of truck drivers across India. So this was part of that study trip/tour.

While waiting at Chitoor yard on 24 June 2016, around 2100 hours I wanted to use toilet. I got down and was told my driver friends that toilet inside the yard is locked and drivers are not allowed and so they if they have to defecate, they have to go outside the Renault stock yard compound and “defecate” on the roadside or behind bushes on Chittoor public space.

When I approached the officials inside the yard, I was bluntly told that drivers are not permitted to use toilet inside yard because they are indecent and dirty the whole place.

So, Renault India is WRONG to deny toilet access to its own drivers. These officials told they were IMPLEMENTING RENAULT INDIA ORDERS stating that drivers should NOT be allowed to use toilets inside Renault stock yard.

Madam, your Chief Minister Chandrababu Naidu, talks everywhere that he would be turning the entire ANDHRA PRADESH into a OPEN DEFECATION FREE state by building toilets.

Whereas, this French auto giant Renault India is SNUBBING both Prime Minister Narendra Modi and your Telugu Desam Party Chief Minister Chandrababu Naidu by ORDERING its own drives to go out onto the Chittoor road (your constitutency) and use them as toilets.

I have written letters to Mr Sumit Sawhney, Managing Director of Renault India in this regard. The company is stone deaf. It has not responded. Perhaps they are too busy celebrating their 5th year of Renault launch and ignored my request to them to THROW OPEN toilets inside Chittoor stockyard for its own drivers and STOP converting Chittoor roads (your consituency) into public toilet.

Since Renault India is unresponsive, I decided to approach you because Chittoor is YOUR CONSTITUENCY and this French company is DIRTYING your surroundings.

So I REQUEST you to intervene and ADVISE Renault India to enable its own drivers to use its own toilets inside the stockyard compounnd and STOP dirtying Chittoor roads.

Nothing more, nothing less.

Perhaps you may also tell them that though Renault may be a Global Automobile giant, it is operating in India and if so it has to abide by Indian rules and regulations.

And snubbing PM and CM of India and Andhra Pradesh respectively is not acceptable.